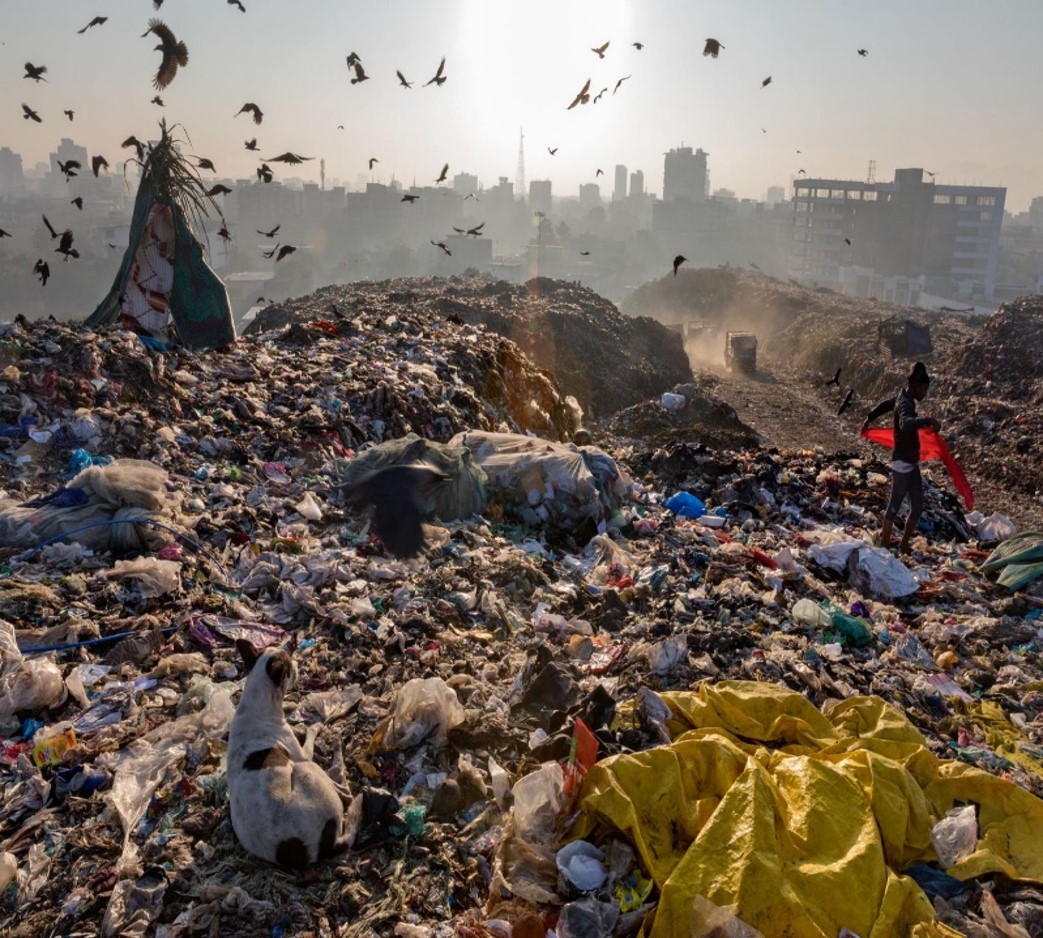 The problems we have with our environment are obvious. You just have to open the newspaper to see everyday new shocking pictures and information about climate change and its consequences.

Manufacturing and the way how we produce and use things are a huge part of the problem. Global manufacturing consumes about 54 % of the world’s total energy and a fifth of its GHG emissions.

99 % of the things we produce are trashed within 6 months and a lot of the materials are harming us and our ecosystem.

The reasons for this destructive use of our resources can be found in our linear production model. This“Cradle to Grave” paradigm means that once a natural resource is extracted, it follows the one way route of processing, manufacturing, usage and disposal (where it contaminates the environment).

As many of the “throw away” products are made of plastics, this is the material mostly harming our planet. As you see in the following graphic, plastic production has increased dramatically over the last 50 years.

But as the number of uses rises, so does the demand for plastics. The world already produces over 300 million tons of plastic every year. The number could triple by 2050. [1]

More than 40 years after the launch of the first universal recycling symbol, only 14% of plastic packaging is collected for recycling. The consequences are drastic: Each year, at least 8 million tons of plastics leak into the ocean. One plastic will, over time, break down into 10.000 microplastic pieces. 70 % of fish have eaten plastic and 55 % were found with microplastics in their body. By 2050 there will be more plastic than fish in the sea.

Our current way of producing things is wasteful and is harming our planet. But in order to effectively deal with many of our environmental problems we should remind ourselves that we first need to identify and change the inappropriate thinking and value systems that have motivated and driven our destructive behaviors in the past.

When you look at the information and environmental warnings that have been given to business, government and the public in the past, you will see that they mostly focus on the current physical conditions like litter, pollution, environmental degradation, extinction and climate change. But they do not address the underlying thinking, beliefs, attitudes and values that drive our behaviors of such harmful production.

Trying to solve our environmental challenges by addressing the outcomes and effects, without addressing the underlying cause is like trying to fix a flat tire by pumping in more air without first closing the hole in the tire or as Albert Einstein has already emphasized:

“We can’t solve problems by using the same kind of thinking we used when we created them.”

The garbage that comes out of your house is just the tip of the iceberg. Even if we could recycle 100 % of our waste, it doesn‘t get to the core of the problem as 70 times more rubbish is created upfront when producing the things we consume afterwards.

Our domestic waste is just the tip of the iceberg

It is a system in a crisis. 94 % of the waste is produced before the product is sold. We call this mass production, but the reality is, it is mass destruction.

We can spend years cleaning up the oceans, but 8 million tonnes of plastics are entering our oceans each year and the largest three best known beach clean ups can tackle just 0.5% of that volume. There’s literally no way that we can clean all of that up or build enough recycling infrastructure to handle that material input until we actually start designing things fundamentally differently by designing out waste and keep materials and products in use following the circular economy concept.

The potential of NFTs for 3d Printing

The Circular Economy Model (Part 1): Nature as a Role Model