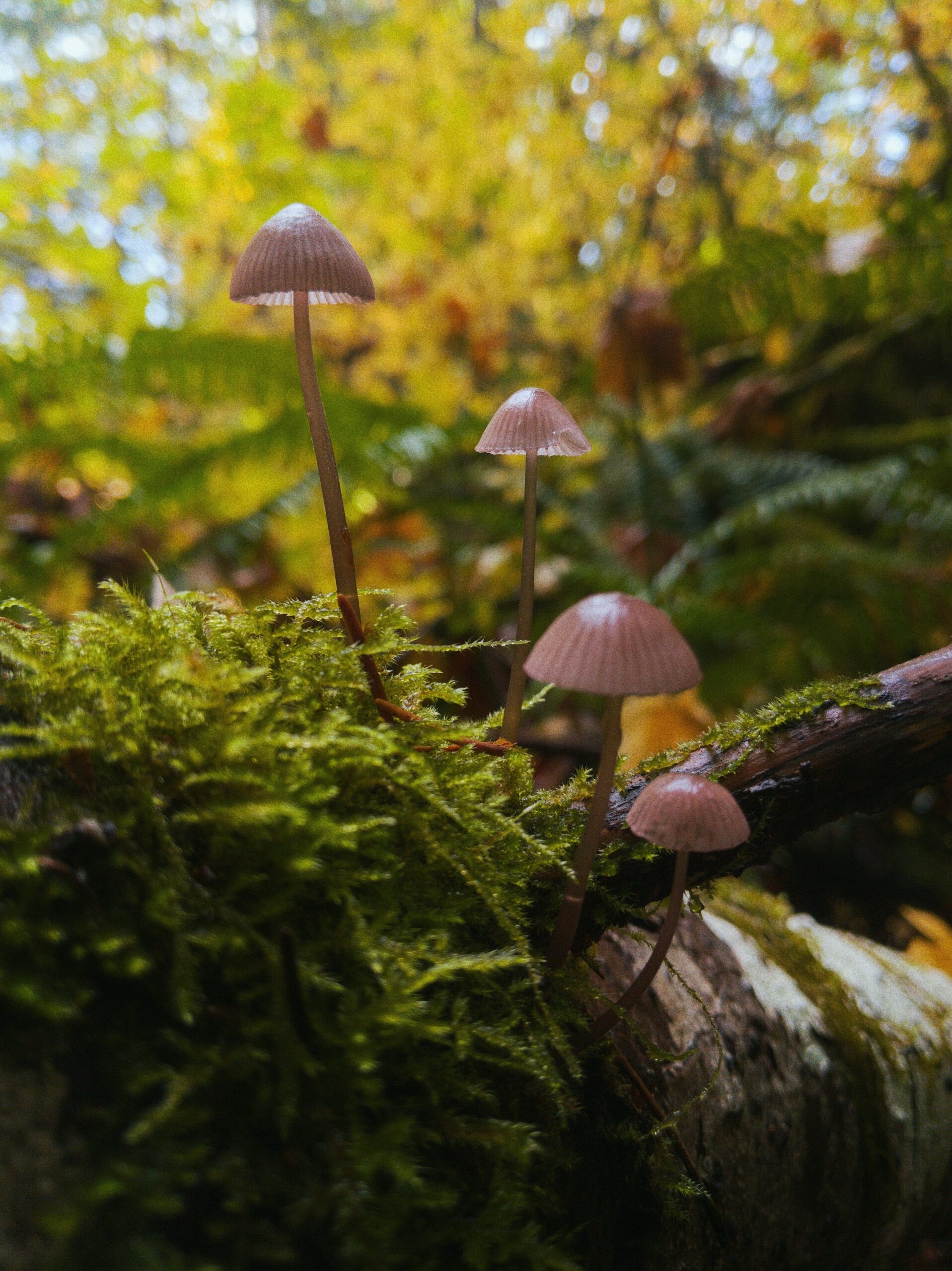 Mushrooms are fascinating organisms, they shape the world and offer lessons for how to live in it. Technically, mushrooms are neither plant nor animal but a third category: fungi. All mushrooms are fungi, but not all fungi are mushrooms. For those fungi that produce them, the mushroom plays a similar role to a flower or a fruit in plants. The rest of the fungal organism typically lives in the soil, wood, or some other material and is composed of thread-like strands known as mycelium. Fungi are one of the oldest living species and they have interconnected systems capable of healing and regenerating the Earth. The contribution that fungi make to the larger ecology is fundamental: They have been breaking down organic matter for millions of years, transforming it into soil. By turning biomass into soil, they recycle dead organic matter back into organic life. Trees use them to communicate, and mushrooms are being discovered that cure cancer and boost the immune systems of bees.

Fungi can grow very large. In fact, the Armillaria ostoyae, or honey fungus is the largest organism on earth. It was found in Oregon, North America and measures 3.4 miles (5.5 kilometers) across! These mushrooms spend their lives extracting nutrients from conifer trees. We can’t see much of the honey fungus because most of it is composed of underground filaments that connect the mushrooms we can see aboveground (See Picture 1). The age of the fungus is estimated to be around 2,400 years. It is able to grow so old because it can rely on both live and dead wood for its nutrients.

Fungi are immensely diverse, with 144,000 species named and classified so far at a current rate of around 2,000 per year, which is similar to the rate of species discovery of new plants. However, it is estimated that the vast majority, indeed over 93% of fungal species, are currently unknown to science. The latest best estimate suggests that the total number of fungal species on Earth is between 2.2 and 3.8 million, a number that exceeds the estimated number of plants by more than six times. There’s not much fungi can’t do: Researchers are working on creating building materials, medicine, cleaning products, textiles, biofuels, packaging, and countless other products out of fungi. For example, they play a huge role in the processing of all sorts of materials like cotton: Fungi spores are used to break down excess bleach in the wastewater, and to remove fine cotton threads, preventing the fibre from pilling. Fungi are also beneficial in the processing of leather, by degreasing the hides, as well as for paper manufacturing, where spores speed up the pulping process and reduce water usage. Even plastic car parts, synthetic rubber and Lego are being made with the help of itaconic acid derived from the fungi species of Aspergillus.   But fungi not only help to make materials, they are also being used to replace materials. A number of big brands, including Stella McCartney, Adidas, Lululemon and Hermes are producing products from mycelium, which is grown from fungi. Mycelium is already on the market in the form of styrofoam-like packaging, “un-leather” handbags, flooring and sound-proofing acoustic panels. Adidas recently launched its first shoe made from mushroom-based material. Keeping in line with their sustainable ethos, Adidas has chosen their most famed shoe, Stan Smith Mylo to make an environmental statement. It’s also been experimentally used to build larger structures such as benches, coffins, composting toilets and even buildings. Manufacturers are now aiming to scale up the products and applications made from mycelium. The mushroom market alone is anticipated to reach a value of over $50 billion by 2025.

The versatility of fungi goes even beyond making materials: It can help to break other materials down by cleaning up pollutants such as oil spills and toxic chemicals like pesticides. Mycelium is even capable of filtering E. coli or heavy metals from polluted water and research has shown that mushroom spores also have the potential to clean up acidic radioactive waste as one of the most radiation-resistant organisms on Earth. Furthermore, a recent study showed that a fungus known as Aspergillus tubingensis could help to solve the plastic crisis, as it is capable of breaking down plastics such as polyester polyurethane in weeks rather than years.   Despite these remarkable discoveries, we have only just started to scratch the surface of knowledge of this incredible and diverse group of organisms. We would not be able to live the life we are living without the help of moulds and mushrooms from nature. In a world with an increasing need for ecological materials and solutions for pollution, mushrooms seem to be an important part of a more ecological future.

Biological Polymers as a Catalyst for the Circular Economy (Part 1)