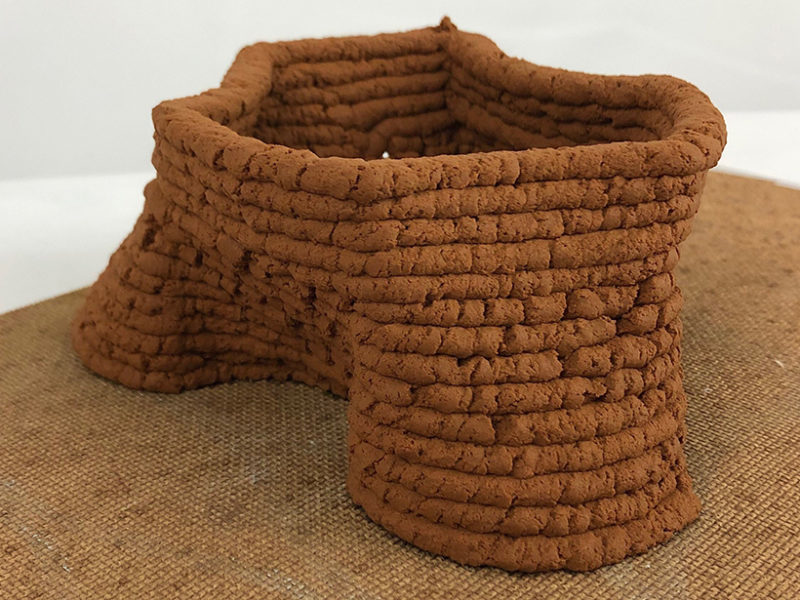 The construction industry is one of the world’s largest emitters of carbon dioxide. Whether it can reduce those emissions depends on replacing its most common building material.

Concrete ranks as the most popular construction material in the world. But its key ingredient, cement, is responsible for 8% of global carbon dioxide emissions each year. Scientists want to replace concrete with a more environmentally friendly material, and one candidate is soil. In one of the most recent iterations of these efforts, the Banerjee Research Laboratory at Texas A&M University has created a tool kit for using local soil to make construction materials.

Concrete production, especially production of its binding agent, cement, releases massive amounts of carbon dioxide (CO2). “If [cement production] were a country, it would be the third-largest emitter in the world,” said Gaurav Sant, a professor of civil and environmental engineering and materials science and engineering at the University of California, Los Angeles.

“We need to go carbon neutral by 2050 and carbon negative thereafter,” Sant said. To do that, the construction industry needs to drastically change or replace concrete. “We’re talking about disrupting and transforming our entire basis of society as a whole in the next 30 years.”

The modern form of concrete, a mixture of sand and gravel bonded by cement and water, has been used for only the past 150 years or so. The development of modern concrete reinforced with steel allowed builders to erect massive structures, giving us city skylines dominated by skyscrapers. With the growth of additive manufacturing, a process in which layers of concrete are 3D printed one on top of the other in a predetermined design, more complex building parts can be created more efficiently. (Read more)