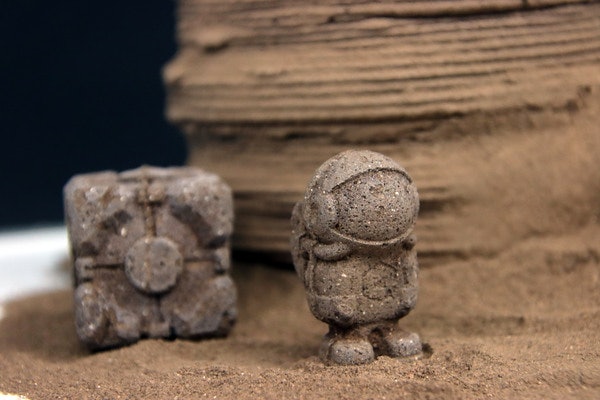 Sustainability and closed-loop manufacturing are becoming an increasingly important topic for Earth-based manufacturing, but a new study has shown that these same principles can be lifted to model extraterrestrial travel as well.

Using a ubiquitous, organic polymer called chitin, found in everything from fungi fibers to shellfish shells, a team of researchers from Singapore has devised a low energy manufacturing material called “biolith.” It uses Martian regolith — a loose mix of deposits that covers solid rock — and a chemically transformed solution of chitin to create a resilient, multi-use building material.

Able to do everything from creating tools to building colony structures, a polymer like this may be the future of extraterrestrial engineering.

In their study, published Wednesday in the journal PLOS ONE, the researchers explain that chitin, which is the second most prevalent organic polymer on Earth (right behind cellulose), was a prime choice for their experiment because it can be expected to be found in nearly any ecosystem. They say argue this is especially true in an extraterrestrial environment where insects may be utilized as a sustainable protein source for early settlers.

“Insects specifically have been identified as a key part of a potential Martian settlement as a high-yield protein complement to fulfill the caloric requirements of a human crew and to process agricultural and biological waste,” write the authors. (Read more)